The internet has made entrepreneurship accessible by turning ideas turn into reality through viral marketing and crowdfunding. Since 2018, Kickstarter has received more than 4 billion dollars to fund over 445,000 projects for various business ideas ranging from video games to apps to vegan food products. The power of community is bringing dreams to life.

One day, whilst browsing a Female Entrepreneur Facebook group a crowdfunding video popped up that was promoting a new stylish yet functional bag design for a start-up business called Persu Collection.

My first thought was how many ways can you use this bag? My boyfriend immediately was like I want it for Christmas. Stephanie Su, the Founder and Designer of Persu Collection, had already hit her Kickstarter target in just 7.5 hours of launching her 2nd campaign and was sharing her celebrations within the community. This talented lady started-up an entire business, as a solopreneur, using the power of the internet.

Despite being an instant hit, “running a Kickstarter campaign is definitely not easy, but I do think it is a wonderful platform for entrepreneurs to fund, test and launch any product they may want to bring into market” Stephanie explained when we caught up with her to talk us through her journey.

Surrounding herself with a community of like-minded individuals gave Stephanie the strength, support and knowledge to run an entire business on her own.  “I was able to work regularly alongside a set group of entrepreneurs where we could share resources, get feedback, and support one another,” she added. “Collaboration has been crucial in helping me get through the tough emotional journey of entrepreneurship.” but that hasn’t always been the case. “In terms of the actual building of the business, I have managed to do a lot of it alone with the help of my dad for manufacturing, and boyfriend to produce videos”.

Who is Stephanie Su?

Stephanie grew up in California and was raised by Taiwanese parents whose traditional culture didn’t initially understand or support a career in the creative industry. Her parents gave her a couple of career paths to choose from: a doctor or lawyer. Being more creatively inclined, it was hard as she wanted to pursue her passion but also to please her parents so she eventually followed their wishes and graduated from UCLA, a top US University, with an academic degree in Political Sciences.

In 2013, whilst hauling her gym gear from work to her fitness classes, she realised the need for a chic and functional athletic bag that could hold her work, fitness and daily essentials all in one place. So she decided to design one herself!

Fast forward a couple of years later after gaining valuable experience in the luxury sector at Louis Vuitton, she left her career in Digital Marketing and bravely walked the path she has always been passionate about; designing bags and running her own business. Now, her bags have been featured on Forbes SELF, Brit + Co, and Marie Claire.

Trying to raise $30,000 for the minimum manufacturing order and raising $90,000 instead

After perfecting her ultimate dream gym bag, she found a manufacturer whose minimum order was $30,000 that she didn’t have. She turned to Kickstarter because she had heard about its ability to crowdfund products and new ideas. The first Kickstarter campaign was launched in 2015 with a goal of $30,000 to fund her first 2 products.

Kickstarter had helped her launch, fund, and start Persu Collection but Stephanie had pretty much single-handedly started-up her own business. This, mixed in with her determination, creativity and marketing expertise threw her products onto the road of success.

Persu Your Own Dreams

After 3 years of tedious research and development, we’re excited to present to you to the Ama Backpack and the Quila Bag, named after Stephanie’s own grandmother, and little dog Tequila whom she lost last year 😔.

“As a solo entrepreneur, it is definitely not easy trying to build a business alone.” Stephanie told us, “The biggest mistake I made was being afraid to ask anyone for help all those years. So, thank you so much for all these amazing people who came into my life to help me and encourage me, I couldn’t have done it without your support. ❤️”

If you would like to learn more. Persu runs workshops to educate and inspire the community to step outside their comfort zone and Persu their dreams.

You can find out more about her background, inspirations and motivations in these jam-packed interviews: 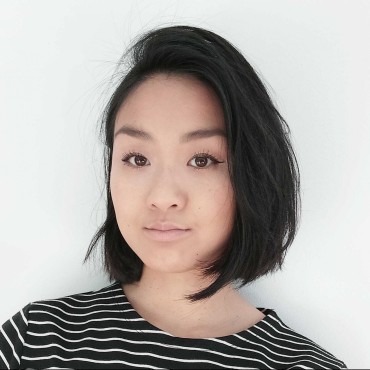 An avid explorer, learner and adventure finder. Becky's favourite thing in the world is learning. She also loves blogging as it's her safe place to document and explore thoughts, dreams and ideas. Spends most of her days daydreaming, creating, internetting. Current important things to her: art and design thingies, experiencing new stuff and learning more about people and the world we live in.

View all posts by Becky Liu

How To Start A Community

Want To Create Success In Your Own Way? Let’s Read Chillpreneur!